In September last year, ZTE took the lead in mass-produced commercial under-screen camera technology in the industry. The model that first released this technology was the ZTE Axon 20.

Our smartphones these days pack some impressive camera hardware under the hood, where it takes photos at incredibly high resolution, but it seems that for ZTE, what’s available right now might not be enough, so much so that the company has teased that they could be introducing a 200MP camera in its upcoming ZTE Axon 30 Pro.

This is according to a report from GSMArena who spotted a post on Weibo by ZTE who confirmed that the upcoming handset would be powered by Qualcomm’s Snapdragon 888. The company also made it a point to note that one of the features of the chipset is the support for 200MP cameras, which has led to speculation that this could indeed be a feature in the phone as well.

This was “confirmed” by a tipster’s post, also on Weibo, where they suggested that the camera in question could be Samsung’s yet-to-be-announced 200MP sensor. Now, 200MP is kind of overkill, kind of how phones with 108MP sensors are, except that this is a bit more extreme. We say overkill because for the most part, a lot of photos are typically shared on social media or viewed on mobile devices, which means that at some point, people stop noticing the differences.

This is probably why to this day, 4K display smartphones are still pretty rare because given our screen sizes, it stops becoming noticeable. In any case, we suppose at the very least it is still quite a technological feat and it gives users options. Four cameras on the back, one hidden on the front 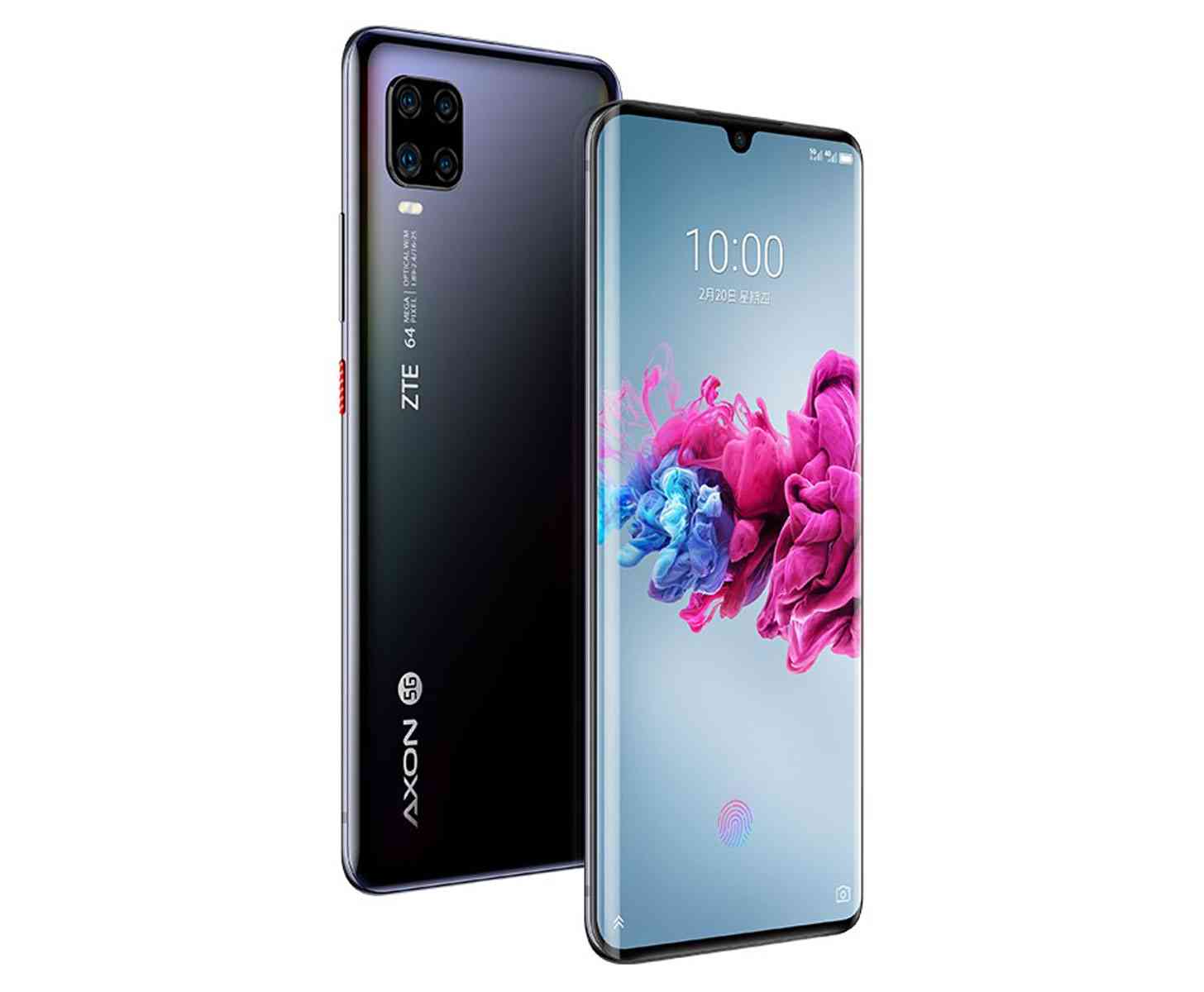 The camera doing the heavy lifting on the back employs the popular 64MP sensor with native pixel binning, producing effectively 16MP stills. This sensor is pretty big - 1/1.72' in size and features 0.8µm pixels. It's paired with an f/1.8 lens.

The ultra-wide unit is fairly low resolution - just 8MP with f/2.2 aperture and offers a 120-degree field of view, which fairly wide. And as for the other two sensors - there's one for depth information, and the other is used solely for macro photography.

The selfie camera sitting behind the display is also high-resolution, but this one isn't binning the pixels, unlike the main sensor. It outputs 32MP images and is paired with an f/2.0 aperture.

The camera app is pretty straightforward, and we didn't see any noticeable deviation from the usual navigation. Swiping left and right switches between modes, and there are the ones that have additional sub-modes, such as Video, for example. The additional settings are accessed by tapping on the gear icon at the upper part of the viewfinder. 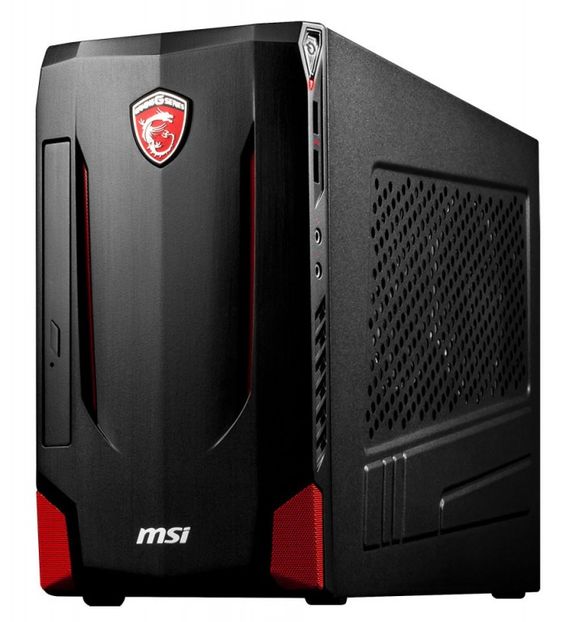 Switching between different focal lengths is a bit tricky, though. Oftentimes when tapping on the ultra-wide, for example, the zoom wheel pops up. The three-camera modes are either too close together, or the hitboxes are a bit off.

As long as the light is sufficient, the main camera can produce sharp and detailed images with pretty accurate colors as well. Noise is a frequent sighting, however. The good news is that it's hard to notice if you aren't looking close enough, and it can be visible only on uniform backgrounds. There are also some sharpening halos here and there, but again, they can only be noticed if you are pixel-peeping. Overall, we like the added sharpness during processing as it gives the images a much cleaner look.

Another rather consistent issue we had with the main camera is the soft patches on most photos. You can see that in some of the scenes where there is foliage, the grass gets murky towards the left half of the picture.

Unfortunately, the conditions in which we took the daylight photo samples don't allow us to comment on the camera's HDR capabilities. The phone is doing a rather good job of balancing out the highlights and shadows given the thick overcast from what we see.

We are mostly satisfied with the 2x zoom photos, even though they are a crop from the main sensor and then upscaled back to 16MP. Of course, don't expect super sharp photos, but for general social media posting and if you are looking at them mostly on the phone's screen, they will do just fine. Zooming in on these samples reveals that the 2x zoom mode amplifies the main camera's pitfalls - the sharpening halos are more visible while noise is aplenty.

Just like all midrangers with an 8MP ultra-wide camera, the Axon 20 5G isn't turning any heads. Even in broad daylight, shots come out muddy, lack detail, and often bring too much noise into the scene. There's a bit of sharpening happening during processing, like on the primary camera, but this time around, it doesn't introduce any significant changes to the overall picture quality. In fact, sharpening halos stand out quite a bit.

The overall color processing is the same as on the main camera, though, so expect close to real-life colors. The distortion correction algorithm is doing a really good job too. Objects closer to the edge of the frame appear fairly upright.

The macro camera has a fixed focus distance, which poses its own limitations, but the biggest one is the low resolution, 2MP sensor. Still, if you are patient enough, you could get some good close-up shots. Colors are vibrant, and the level of detail is surprisingly high. Just make sure you are shooting with enough light around for optimal results.

Here's how the Axon 20 5G fares against the competition in a more controlled environment.

The first thing we've noticed is the competent HDR algorithm working even if there's no Night mode turned on. The light sources are well-contained, there's plenty of detail in the shadows, and the highlights are balanced quite well. Of course, like most midrangers in this price category, sharpness isn't great, and there's quite a bit of noise around. Interestingly, the level of detail is pretty high across the scenes.

Additionally, we found the contrast just right, color reproduction is once again on point, and the color temperature just as accurate.

To our surprise, the Night mode didn't bring any substantial benefits and only made us wait a couple of seconds to finish up the stacking and processing. The Night mode shots are rarely sharper and clearer, but they do look a lot brighter and with a bit less noise. There's no noticeable change in how the highlights are handled while the shadows are considerably brighter. Quite honestly, we liked the non-Night mode photos better, and the sky looks more natural there.

There's not much to talk about the 2x zoom photos as they are a crop from the main sensor. The noise is more visible in this mode; sharpness and detail deteriorate fast as the light drops.

As expected, the ultra-wide camera's night performance isn't breaking anyone's expectations. The low-light photos with this camera lack detail, sharpness and look generally muddy. The biggest problem is the abundance of noise all around the scenes. Sadly, there's no Night mode for the ultra-wide camera available either. Hard to recommend using this camera when the light drops.

As one would expect, the Axon 20 5G's front-facing camera performs just like a first-gen product. It gets the job done but not very well. All of the selfies are fuzzy-looking, taking us back to the era of VGA cameras when this was standard.

The 32MP camera in this particular implementation struggles to deliver a sufficient amount of detail and it doesn't look sharp. While the subject's face might not look all that bad in some rare cases, the background always looks like a water-colored painting. The exposure metering is also a bit off and can sometimes make the subject's face too dark or clip it, depending on the ambient light. The skin color looks natural, though.

The portrait mode will reduce the size of the photos down to 5MP and will make them fuzzier. It makes it hard to distinguish the background from the foreground, and the subject just looks rough around the edges. Literally.

Portraits are a bit on the soft side and look a bit noisy too. Skin tone looks natural, and colors in general pop. However, the bokeh effect itself isn't very convincing and oftentimes blurs the subject's hair in the process too. Even with not so challenging backgrounds.

The video recording in 4K is looking good and smooth. It's sharp, it's detailed, and there's virtually no noise. The contrast isn't over the top either. And given the thick layer of clouds above, the phone does a pretty good job of balancing the shadows and highlights too. Those are some challenging conditions.

Electronic image stabilization, or EIS, is available for 4K videos at 30fps, and it does a pretty good job too. However, support for [email protected] is non-existent.

We also did a non-stabilized [email protected] video just for comparison purposes.

If you are done with the real-life footage, look at how the Axon 20 5G compares to some of its competitors.