Godox has created a dream come true for many Micro Four Thirds users with Olympus OM-D or Panasonic mirrorless cameras – not only do we now have access to a radio remote TTL flash system but it is easy to use, seems reliable and you can get an amazing very powerful battery operated studio flash with Bowens S mount – the Godox Wistro AD600 / 600B which remotely supports TTL exposures as well as high speed sync (Super FP flash mode in Olympus nomenclature) for flash at all shutter speeds to 1/8000th second (with mechanical shutter).

Wistron 303c 08 60 bios File Name: wistron303c0860bios.exe Version: 2.5.2 Driver Date: 09 July 2012 File Size: 12,493 KB Available for: Windows 98, Windows 7, Windows 8, Windows Vista, Windows XP, Linux, Mac OS. The problem you describe is, as I understand it, a USB driver issue. I am a MAC user, but got a Windows 10 Thinkbook to deal with firmware updates. The few I've had to do with the G1 software have worked with out a problem. Prior to it, I did have some connection problems because drivers where in the wrong place.

First the hard bit – upgrading the firmware of the AD600 unit for Olympus TTL capability:

The AD600 does not come with Olympus/Panasonic radio TTL compatibility by default thus you need to upgrade the firmware, nor does it come with a USB cable – but most of us have plenty lying around – you just need to find one that fits the AD 600 USB port.

Next you need to download the Godox firmware updater software from the Godox download web page, as well as the correct firmware for your flash model, noting the G1 install procedure instructions.

You then need to extract the software installation files from the .rar format for both the updater software and the firmware file – you can use a program such as 7-zip to do this.

Then you run the setup for the updater software installer, however, on the latest versions of Windows 10, BEFORE you can install the USB driver correctly, you may need to Disable Signed Driver Enforcement – see instructions for doing so here. Then you must reboot the computer and then install the software by running setup.exe of the updater software and hopefully all will install properly.

Next you need to TURN OFF the Godox Remote Controller AND DISCHARGE ANY POWER buffered in the AD 600 unit by REMOVING the BATTERY then press OFF/ON Button for 2 seconds BEFORE YOU ATTACH USB cable to computer – otherwise I am guessing you can fry your computer.

If your device driver installed correctly, when you attach the USB cable to the computer, it should be recognised.

Now run the Updater Software and click on the bottom left button to select English.

If you are running a high resolution display, you will not see the bottom buttons which makes life harder – in this case change your display resolution to 1920 x 1080 temporarily so you can use the software better.

Now it becomes obvious that you first press the top left button called Select File and then you need to find the firmware file you downloaded and extracted which has the file extension .fri.

Then you press the top middle button to Connect to the flash unit – if this fails, either your USB cable is not the right one or is faulty, or, you didn’t install the USB drivers due to the issue above.

If the flash is detected then you are ready to upgrade the firmware by pressing the Upgrade button – of course, you do NOT want to disconnect the unit until this is complete!

Connect the lithium ion battery (after you have charged it up which takes 4hrs).

Plug in the globe (many use gloves to avoid skin oils contacting the glass but its not as critical as with halogen globes) – or plug in the optional very useful H600B remote head and the globe plugged into that instead.

Turn the flash unit ON using the On/Off button.

Press the “Z” top middle button on the flash unit to activate the WiFi mode (other options on toggling are Manual mode or optical remote TTL Canon/Nikon).

Ensure the channel is on the desired one (usually Channel 1 by default – press and hold GR/CH button then use the dial to change it).

Ensure the Group is the desired one (usually Group A by default – toggle through the groups by pressing the Gr/Ch button).

The flash should now be able to be fully remotely controlled from your X1 remote controller which sits on your camera hotshoe.

You need to purchase the Olympus version which is the X1T-O model (can be used on any Micro Four Thirds camera including Panasonic).

Install two AA batteries then attach it to the camera hotshoe.

Ensure the camera’s flash mode is set RC = OFF (RC is for optical remote control which we are NOT using) and to Fill-in flash or similar so that a signal will be sent to the hotshoe. Note , you don’t activate Super FP in the camera – the remote control will do this for you!!!

Turn the X1 on using the switch on the side, and decide which mode you want to use for the other switch – normal or HSS (Super FP mode) – unless you are shooting in bright sun and need a fast shutter speed to allow a wide aperture, use the normal mode.

Check the LCD screen on the X1 to ensure the channel corresponds with that on your flash unit and use the rear dial to go to the Group – you can then use the mode button to choose TTL or Manual Flash Output control.

By default, turning on the X1 will activate the flash’s controls automatically (if your channel and group are correct) and so the LED modelling light will be turned on (you will need to go to the flash unit to turn this off manually).

The X1 remote specs indicate you should be able to control the flash up to 100m away – assuming you have no nasty water pipes, etc in the way which block radio signals.

Change your shutter speed to give a desired ambient exposure for a given aperture and ISO.

Take the shot and hopefully it will all work as if you are using a normal Olympus remote flash but without the annoying optical pre-flash signals and with far more flash output and remote distance capability.

Now for some advanced stuff – over-powering the sun:

On the Olympus OM-D E-M1 mark I and Mark II, you can flash sync up to 1/250th sec in normal mode – the camera won’t let you go faster than that shutter speed unless either:

Using an on-camera flash as well:

If you attach an Olympus TTL flash onto the X1’s hotshoe, unfortunately, the X1’s hotshoe is only a single pin type and NOT a TTL pass through (unlike the cactus V6 II remotes which do have TTL passthrough) and thus the ONLY control over the flash via the camera is triggering the flash.

The flash unit acts like it is connected via a PC sync cable – no auto TTL, no auto zoom control, no RC master capability.

If the X1 switch is turned OFF, then the flash does not fire at all.

If the X1 is switched ON and set to HSS mode, the flash will fire, but at shutter speeds above 1/250th sec, it will not sync properly as the flash HSS mode will not be activated – at 1/320th sec with an Olympus FL-50R flash only 1/3rd of the top of the image receives flash which is the opposite to usual over sync speeds and thus unusable.

The good news is that if the X1 is set to normal mode (not HSS), you can just use the flash in “AUTO” mode (you must manually dial in the ISO, aperture and exposure compensation as well as zoom position), or in Manual mode where you just dial in the manual flash output and the zoom position.

The Godox AD600B can be mounted to any Bowens S mount studio light accessory (there is a locking device to ensure they don’t fall off) such as the 43″ Godox Umbrella style Octabox softbox for nicely diffused portrait lighting, and usually these are mounted on a lighting stand. 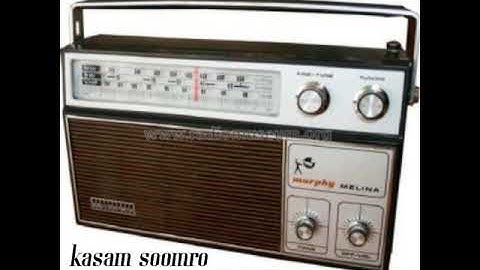 This allows you to carry the heavy part , the AD600 itself with battery, in a specially designed shoulder strap case (the Godox PB-600 should case/carry bag), or perhaps in a backpack, hand hold the AD-H600B with softbox attached in one hand and shoot with your light Olympus camera in your other hand.

Tiring – yes, but at least it is possible, and you may be able to overpower the sun!

And of course, you can add other radio remote slave units:

There are a range of other X1 compatible Godox flash units which can be used in the same or in different flash groups (each group will have the same exposure setting).

If the AD600B is too big for you, then you can still get to a Bowen S mount lighting system via the Godox AD-B2 twin head which allows you to use either:

If that is too big, then the very popular Godox Wistro AD360 with separate lithium ion power pack gives you plenty of power in a more speedlight styling although too heavy for on-camera use.

For additional remote slaves, there are the pocket sized but powerful Godox AD 200 units, or you can go the traditional speedlight route with a variety of Godox on-camera style TTL flash units – some of which are cross-platform for on-camera use on a variety of camera brands.

But why stop there – you can even add a Cactus V6II radio remote flash system into the mix!

Now I am really going crazy!!! 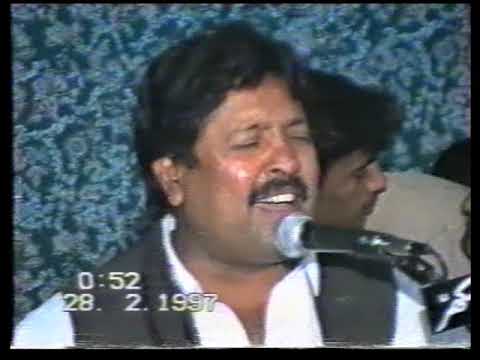 Stacking a Godox transmitter on top of a Cactus V6 II transceiver really does work amazingly well to give you TWO SYSTEMS at the same time!

Insert a Godox X1 TO radio remote transmitter onto the hotshoe of the Cactus V6 II and turn it on.

Turn on the camera, and half-press shutter while turning on the Cactus V6 II transceiver to transmitter mode, it should then AUTO-DETECT BOTH the camera AND the Godox X1 as being Olympus TTL devices – now we are cooking indeed!

Ensure the Cactus and the Godox are set to DIFFERENT CHANNELS (and any slave devices for each are set to the appropriate channels to match).

NOW, you can use the Cactus V6 to control your Cactus V6 II compatible transceivers or flash units (and when the firmware upgrade comes this month hopefully, we are promised Olympus TTL compatibility of remote flashes – even Canon/Nikon flashes – until then we have to use manual power control only but there is HSS functionality) PLUS you still get TTL remote control of your Godox mediated slaves including the AD600B!!

Furthermore, if you set the Cactus V6II mode to Normal-HSS so it can automatically use either, the X1 switch of HSS or normal will control the Cactus and the camera as to whether to use HSS or not! Now that is very cool indeed.

I have tested this with a Cactus controlled remote Olympus FL-600R flash in manual output control at the same time as remote controlled AD600B in TTL mode and it seems to work very nicely, even in HSS/FP mode.

This should then allow 8 groups of flashes to be remotely controlled from your camera at up to 100m away, with each group having their own power output setting, and once the Cactus firmware is available – all with TTL and HSS functionality, even if they are Canon or Nikon flash units (just need a cactus V6 II transceiver for them).

If you have a Sony A7 II full frame mirrorless camera as well – just buy the Sony versions of the transmitters to go on the camera and all should be well.

Likewise for your Canon, Nikon or Fuji cameras (although for these you only need a special Godox transmitter as the Cactus V6 II will fit all except Sony).

For more information on the Godox and Cactus systems see: